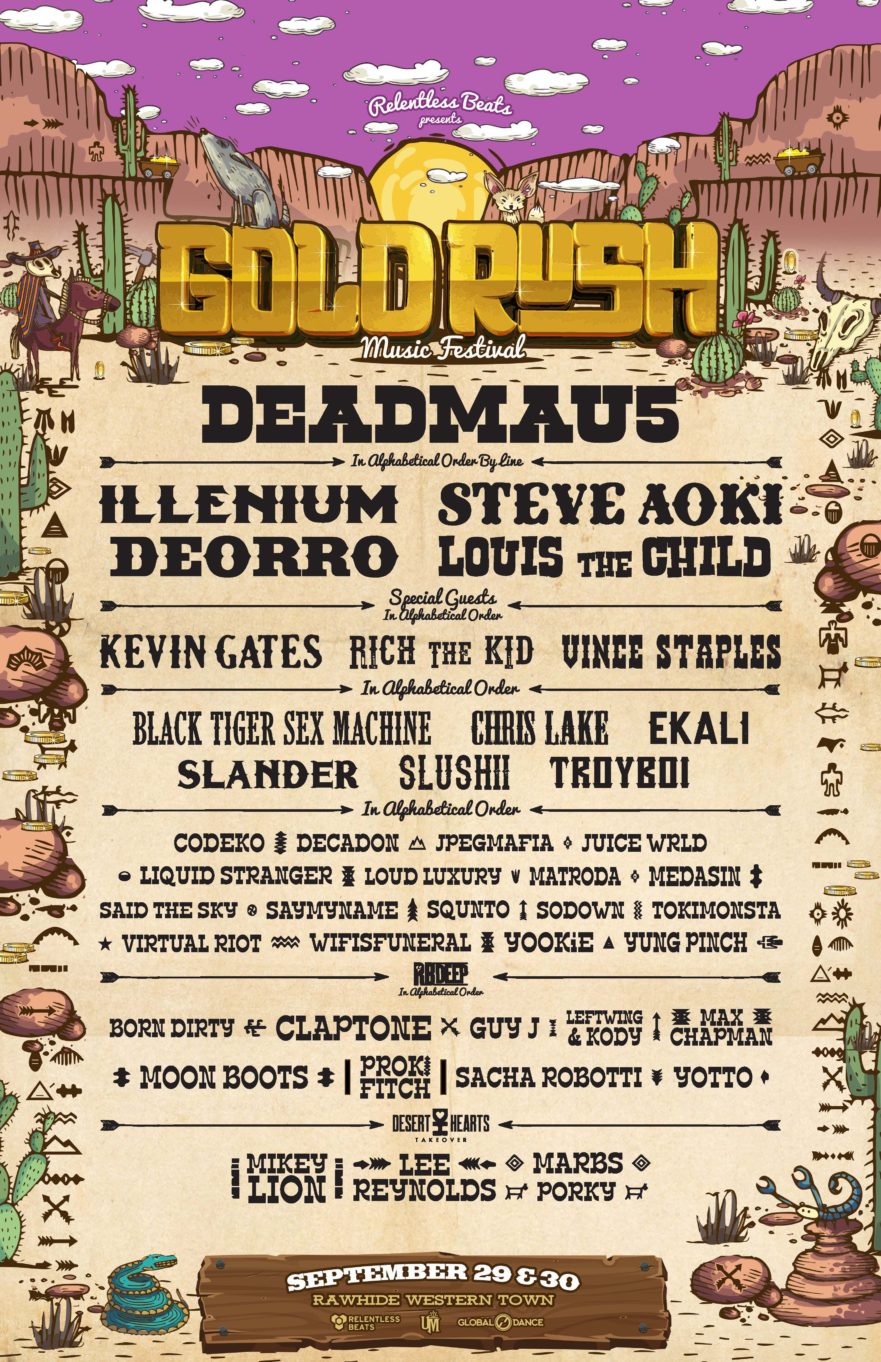 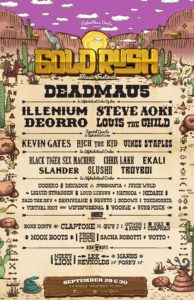 Goldrush 2018 will be unique fusion of several genres including house/techno, hip-hop,  Dubstep and other EDM genres. The phase one lineup grabbed festival goer’s attention with big names such as Slushii, Black Tiger Sex Machine, Kevin Gates, Vince Staples, Chris Lake, and Tokimonsta. With the recent lineup announcement of phase two, Louis the Child, Deorro, Slander and a number of others, Goldrush is sure to have something for everyone. 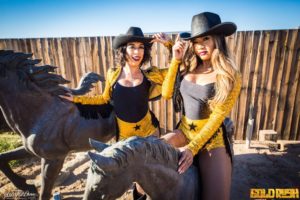 The festival will return to the 1880s themed Rawhide Western Town in Chandler, Arizona. Located just south of Phoenix, Rawhide Western Event Center is easily accessible from the Phoenix Sky Harbor Airport which is a mere 20 minutes away. This venue is no stranger to extravagant productions and festivals such as BOO!, CRUSH AZ, Decadence, Global Dance Festival and several events. With 25,000 attendees in its inaugural year, the festival promises to deliver the same diversity of musical styles, energy and more.

Unlike last year, the festival is NOT all ages and will be 18+ years older only. Go to http://goldrushfestaz.com to purchase tickets and learn more!