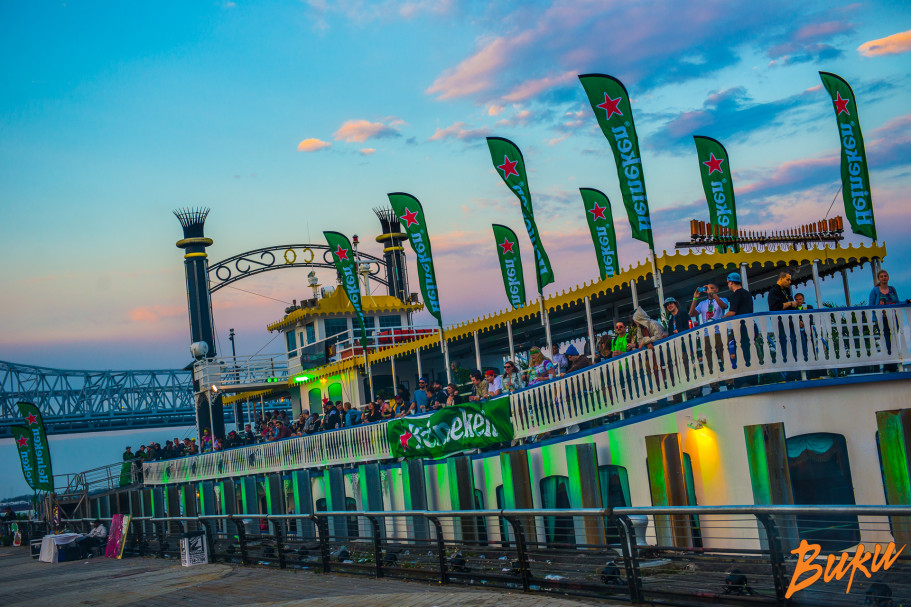 This year Buku will bring a packed lineup featuring a variety of electronic, rap and indie sounds from around the world. Check out the acts you will not want to miss at this New Orleans festival.

The Seattle natives Harrison Mills and Clayton Knight are on their way to becoming a household name in electronic music. The duos “live” electronic sets and unheard sound create a new and unique experience. ODESZA has blown up on music blogs. Look for them to blow up on the music festival scene this summer.

It’s not everyday that you are graced with the madness, insanity and intimidating rap-rave duo of Ninja and Zef. Their style unmatched, their energy untouchable  and their behavior just flat out strange to say the least. This South African rap duo doesn’t come to the U.S. too often so “Enter the Ninja,” and go check them out.

What happens when you get a Veteran rapper from Atlanta and old school sounds of El-P from New York? Run The Jewels. The group has grown in popularity since releasing their second album Run The Jewels 2. The group gives their albums out for free and has built a lot of their popularity through touring. Make sure not to miss them at Buku.

If you are looking for a local band these guys have it covered. Don’t expect classic New Orleans Jazz music.  Do expect some astounding indie sounds and a wide mix of instruments. Listen up to the lyrics which will often be sung in French.

Since joining the band about a year ago Bass player Alana Rocklin has given Sound Tribe Sector 9 a revitalized energy and some hella good bass solos. No offense to Murph, who left the band in January 2014. If you haven’t seen these Atlanta vets before get ready for mystical-funky sounds, stellar lights, fantastic musicians and a great time.

With a crazy combination of breakbeat, dub-step, metal, trap and hip-hop Lorin has been crushing the music scene for over 10 years. He puts on more than just a show, but an entire experience mixing visuals and sound. Look around for Lorin’s crazy cult following of Bass Heads around the show.  Watch out! Once you get thrown into the madness you may become one.