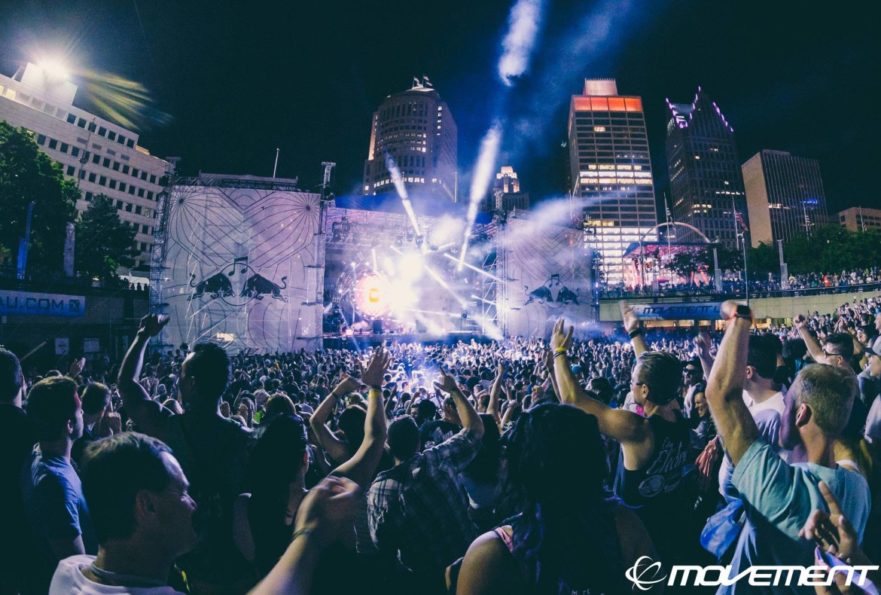 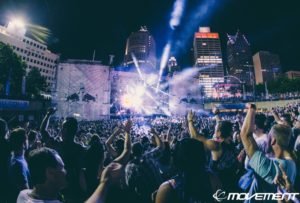 The arguable home of Techno, Movement, in Detroit popped off for the Memorial Day Weekend for the 10th year.  The streets near Hart Plaza and the Detroit River are bumping with heavy beats all floating all the way over to Windsor.

There are six stages that all are stacked with artists all through the three day event.  So many names, that it is impossible to see all the artists that piqued the listeners interest.  Which is where the second part of the festival comes in, THE AFTER PARTIES.

Movement Detroit Stage, Red Bull Music Academy Stage, Beatport, Opportunity Detroit, Underground Stage,  and the Thump Stage, kick off every day around noon and end around midnight.  The entire festival is centered around a huge art piece and fountain.  Which is a perfect place to find your lost friends from the crowds of people.

The festival itself is not a place where one can stay, but numerous hotels in the region are within sight, and there is no shortage of gorgeous humans wandering around searching for their beat of the moment.

It is reminiscent of the people floating through Coachella, the flower headbands, the man buns, the fit and lovely people strutting their best game in the hot Detroit sun.

Kraftwerk was the absolute big name that topped the flyer this year and did not disappoint with a strange and interesting set that was complete with 3D glasses so that the huge visual screen could be experienced rather than just watched.  The robots, to the analog numbers, to the patterns streamed across the Movement Main Stage that was filled with people in the cement amphitheater. 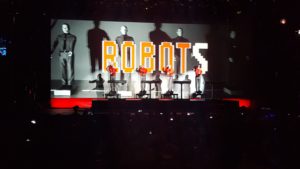 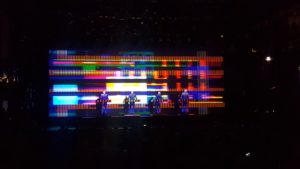 So many other artists threw down, so many of the DJs and artists making posts on social media about the festival and it’s reputation.  This is a truly amazing culmination of the music that is hard to resist if in the Mid-west.

Art Department posted a shot from the stage he graced, mentioning the love for Movement.

It seemed as thought the Montreal, Toronto, Miami and Chicago Techno heads came out in full force to experience Detroit in it’s glory where it turns itself into what I would liken to a little bit of Burning Man, drawn out on a concrete cityscape for just a few days.

Detroit DJS, and names that started here and moved into the world like Carl Craig, Juan Atkins, Claude Von Stroke, Kevin Saunderson, Matthew Dear, and Stacey Pullen all brought out the best beats for the occasion.

In review, this is a festival for the amazing names that just will hand out the beats until the end of the weekend.  It is super worth the trip to Detroit as a name in the ordination of Techno and will not disappoint.  The set-up is different than a lot of other festivals, but it is part of it’s appeal, where it began as Detroit Electronic Music Festival as a free event, and has evolved into a massive event with huge names from all over the world.

The only down side possibly is the expensive drinks and minimal shade, which can be alleviated with some pre-gaming and sunscreen.  Happy Technoing.